Knysna: the very word conjures up images of forests and timber, and of the woodcutters and saw millers who built the town’s economy.

But to anyone who knows anything about the way logs were harvested and handled in the early 20th Century, it also conjures up memories of a little railway that once ran through the heart of the town – and whose route you can still trace and explore in the forests of the Garden Route National Park.

And while the timber train itself no longer exists, there IS still a miniature railway in Knysna, if you’re looking for entertainment for the kids …

The historic train we’re talking about, of course, was the ‘Coffee Pot,’ officially operated by the South Western Railway Co. Ltd.

This narrow-gauge line ran from Diepwalle in the Knysna Forests to Brackenhill, on the east side of town; then on through the present-day suburbs of Old Place and Costa Sarda to Geo. Parkes & Co.’s sawmill in the centre of town; and finally down to the government wharf (now Thesen’s Jetty) on Thesen Island – where you can still see the remains of its tracks today.

The nickname ‘Coffee Pot’ referred to the locomotives’ cone-shaped chimneys. 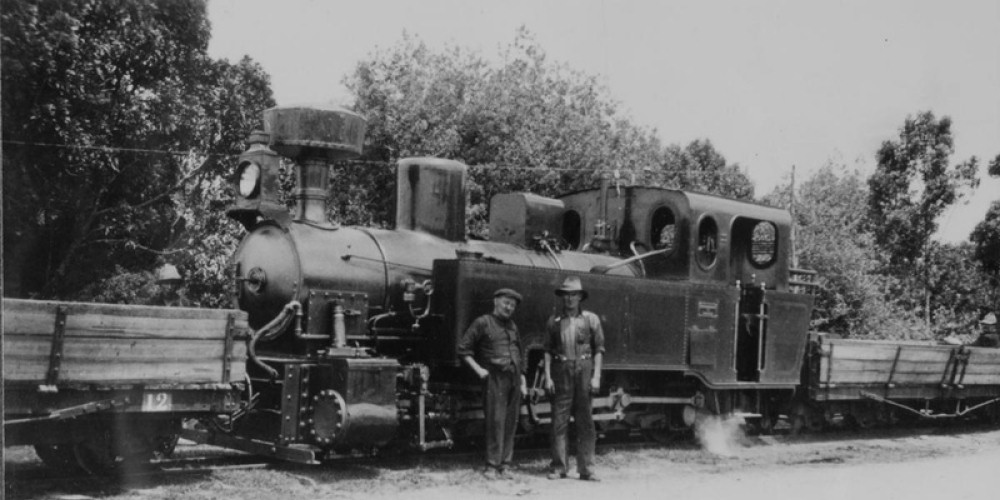 The company actually operated four locos, each of which was capable of hauling up to 70 tons of timber: three Orenstein & Köppel side-tank locomotives (0-4-0, 0-6-0 and 0-8-0, all introduced when the line was opened in 1907), and a British-built engine that was acquired in 1930.

“The timetable included three stops in the forest – at Bracken Hill, Parkes Station, and Templeman Station (at Diepwalle) – but with maximum speed of only about 6 miles per hour (9.6 km/h), the whole affair was so relaxed that locals often rode the train into the forest just for fun.” www.knysnamuseums.co.za

Rising costs and the emergence of more efficient road transport forced the company to cease operations in 1949.

Although most traces of the Coffee Pot railway disappeared after the tracks were lifted following the closure of the South Western Railway Co., you can still visit the Templeman Station site at the Ysterhoutrug Picnic grounds in the Garden Route National Park – and take a short, magical forest walk along the route of the old line.

This site is one of the stops on the Garden Route National Parks’ ‘Rooted in Time’ self-drive tour of the Knysna Forests (download .pdf map here).

Although the locos and most of the rolling stock were sold off to sugar cane plantations in Natal (now Kwazulu-Natal Province), two of the Coffee Pot’s cargo wagons can still be seen in the grounds of the Knysna Museum’s Millwood House in Queen Street.

… And for a real treat, you can view actual footage of the Coffee Pot in action on the train’s page on www.knysnamuseums.co.za – where you’ll also find a more detailed history of the South Western Railway Company.

Trains for Kids of any age

Although the Coffee Pot is long gone, the Knysna Society of Model Engineers has been running little trains in Knysna since 1981. 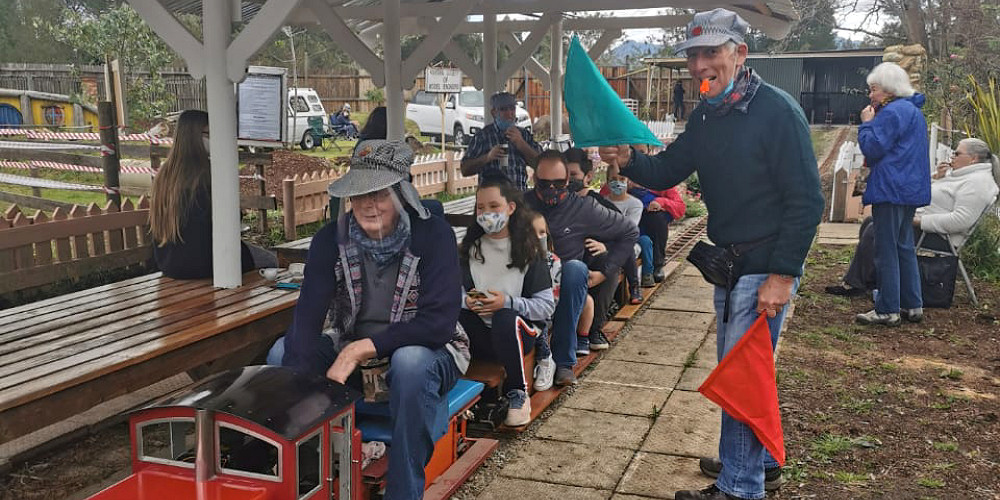 Following the near-complete destruction of its original, 5-inch gauge railway line in the 2017 Knysna Fires, the Society reestablished itself in the grounds of Tottie’s Farm Kitchen in Rheenendal, where members have now built a new line complete with station and storage shed, a bridge, and a tunnel (or what will be a tunnel when the creepers have grown over it!).

The Society usually runs services on the Tottie’s track between 10h00 and 12h00 on the first and third Sunday of every month, and Tottie’s plans to run on-demand services for children’s parties beginning around summer 2020/21.

Schedules will be announced on Tottie’s Facebook page, Totties Farm Kitchen, where you will also find information about the restaurant’s offerings – including its popular Sunday lunch buffets.