Magical Noetzie with its pristine forest, river, estuary and beach is a top tourist destination just 10 minutes east of Knysna. In 2018 Noetzie was ranked 16 in The World’s Top 100 Beaches, and called “wondrous” by Flight Network, a leading online travel agency. What makes this quaint hamlet one of the most famous attractions in the Garden Route is the combination of its scenic beauty and the unique cluster of stone castles which hug the cliffs above the sand like something out of a fairy tale.

Staying at Noetize means the joy of waking up to the dawn chorus of birds; seeing the early morning light sparkle on the forested hills and on the breakers; finding otter spoor on the beach from the night before; and seeing plough-shells eating jellyfish on the shore, and baby fish darting about in the estuary. Julie Gosling - Local 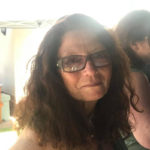 Originally called by its Khoisan name Noetziekamma, meaning ‘dark water’, its allure derives as much from the white sands of the unspoilt beach as the tannin stained river which meanders through the forest where elephants once roamed. It is surrounded by indigenous Tsitsikamma forest and if you are observant you may see the spoor of an elusive Cape leopard on the beach or spot a rare black oystercatcher. In the forest there are bushpig, small antelope and honey badgers, antelope, otters and caracal. Look out for the famous Knysna loerie and kingfishers hovering over the Noetzie River. It borders the Sinclair Nature Area and is protected by the Noetzie Conservancy formed in 1999. 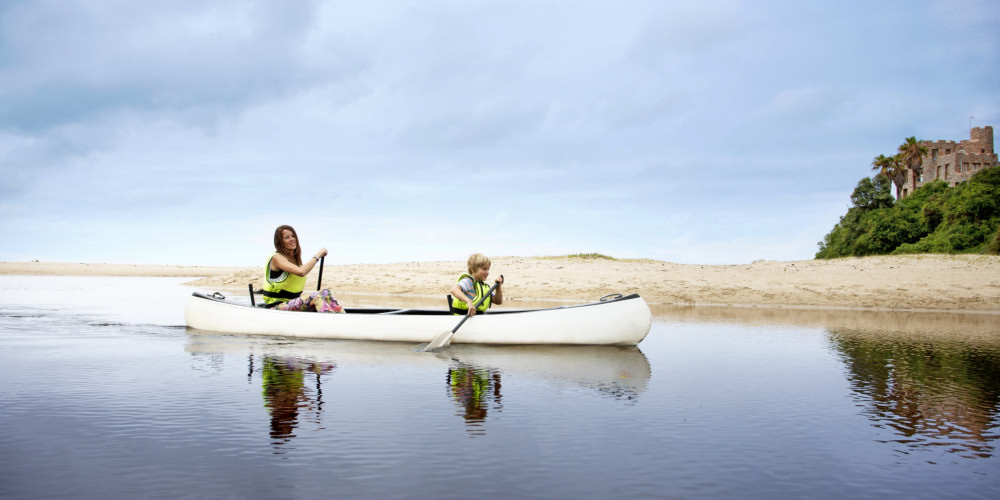 Noetzie’s recent history goes back over a hundred years to when residents of Knysna and Oudtshoorn sought out the beach as a holiday retreat and erected the first simple seaside structures there; but archaeological excavations of the Noetzie midden show that it has been a popular destination for 3,500 years. 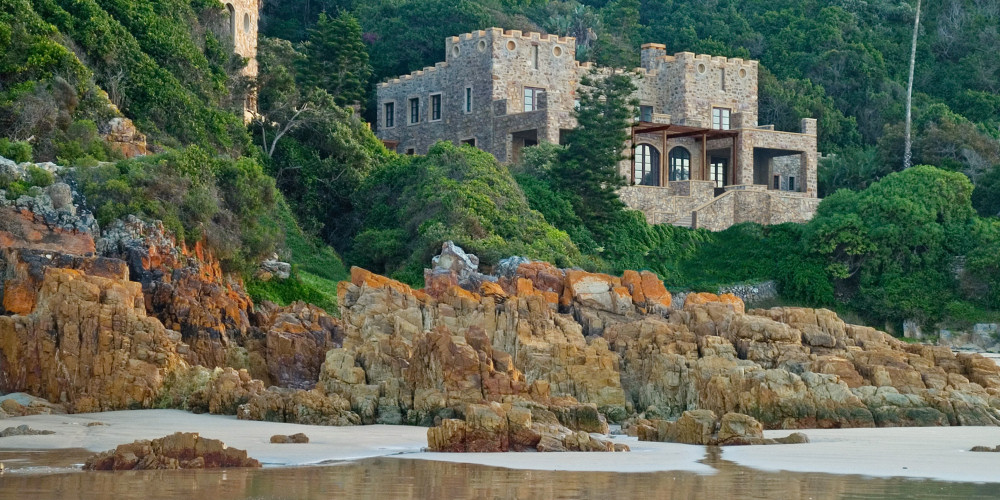 The hamlet has a small cluster of homes and holiday cottages along the river and beach, including six imposing castles which were built from local sandstone. It is these intriguing, stone-walled, turreted castles that have become a South African tourist attraction, drawing visitors from around the world every year.

At the western end of the beach, the oldest castle was built in 1930 by Herbert Stephen Henderson. The story goes that as he was building his holiday home from local sandstone, a friend quipped that if he added turrets it would look like a castle. On a whim, he did just that and unwittingly set a trend. Today a number of these castles are available for holiday rentals.

How to get there

Drive out of Knysna along the N2 towards Plettenberg Bay and turn right opposite the Uniondale turnoff. Follow the gravel road towards the sea until you reach the public parking area at the end of the road.