The words ‘Knysna’ and ‘forests’ go together like – well, the Knysna forests. Because the one thing that’s always set Knysna apart is the vast wilderness of evergreen trees that surrounds the town – and on which the town’s entire economy was built.

Especially in the 19th and 20th Centuries, the timber from these forests (and, later, from the plantations that were developed alongside them) was the main driver of the local economy.

Knysna’s timber was the reason the area was so attractive to the earliest settlers, it was the reason why they agitated for the establishment of a harbour here (see knysnamuseums.co.za – maritime history), and it remains probably the biggest reason why our local woodworkers and cabinetmakers rank amongst
South Africa’s top artists and artisans. 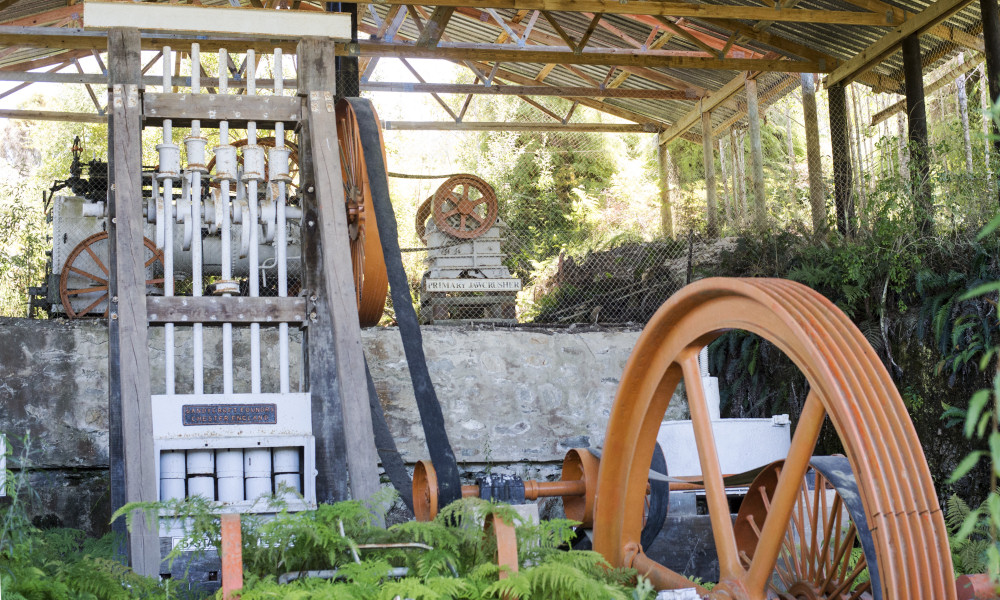 Today, of course, we’re far more circumspect about how we harvest our indigenous forests for sustainability than we were in the past, and this is one reason why most of the 60,000 remaining hectares of Knysna Forest are now protected within the 165,899 ha Garden Route National Park.

But small quantities of the precious types of wood that come from the forests – such as yellowwood, stinkwood, hard pear, cape beech, and others – do occasionally still come onto the market, and this helps to sustain the local timber economy.

It’s more than just wood, though: the indigenous Knysna Forest is just one (albeit very important) aspect of Knysna and the Garden Route, and of their timber economy, which includes a full spectrum of suppliers, growers, environmentalists, sawmillers, timber merchants, furniture manufacturers, construction companies, designers, and so on – all of whom rely on, or are in some way associated with, trees, wood, or wood-based products.

And THAT sets the stage for an endless and endlessly fascinating range of stories, attractions, and things to do – including one hugely enjoyable annual festival.

The Knysna Timber Route map explores the Lakes District of the Garden Route: from Island Lake near Wilderness in the West (about 40 km from central Knysna), to the Garden of Eden, about 10 km to the east; and from the Indian Ocean shore in the south, to the Outeniqua Mountains in the north. 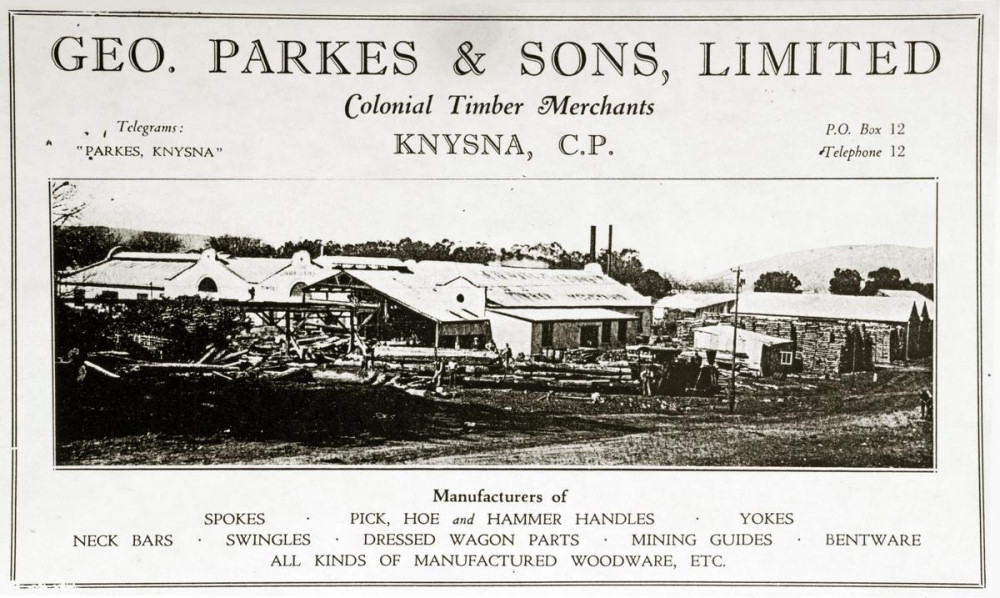 Researched and written by Margaret Parkes, the doyenne of local historians, and sponsored by her family’s sawmilling company, Geo. Parkes & Sons, this illustrated and easy-to -follow map provides tantalising snippets of information about things like

It also offers information about some of the landmark buildings in Knysna, about the Millwood gold rush that occurred in the forests in the late 19th Century, and about Knysna’s maritime history, too.

With photos and descriptions of iconic species of trees that grow here, it’s a great companion on any meander through the Knysna forests – and with information about places and businesses to visit, it’s a useful guide to the town of Knysna itself, and to the villages that surround it.

The ‘Knysna Timber Route’ map is available from the Knysna tourist information centre (40 Main Street), and as a download from www.timberroute.co.za.