Knysna is a great place to see all kinds of creatures great and small (and not just the famous Knysna-5: Knysna seahorse, Knysna dwarf chameleon, Knysna loerie, Knysna banana frog, and the Brenton blue butterfly).

The Knysna area is blessed with an astonishing array of biodiversity and natural habitats: evergreen forests, mountain fynbos, the Swartvlei (or Sedgefield Lagoon), the Knysna River Estuary (or Knysna Lagoon), the sweet water of the mysterious Groenvlei (where DOES* its water come from?), many rivers and streams, and the rocky shores and sandy beaches of our stretch of the Indian Ocean.

It explains why the town is interwoven with two major wildlife preserves: CapeNature’s 2,500 ha Goukamma Nature Reserve and Marine Protected Area (a World Heritage Site centred on Groenvlei and the Goukamma River, near Buffalo Bay), and the Garden Route National Park – which protects a mosaic of over 160,000 hectares of the region, and includes both the Swartvlei and the Knysna lagoon.

According to the Garden Route National Park’s website, the Knysna area boasts no less than 280 species of birds – so whether you’re a keen birder, a serious twitcher, or just Jan Alleman who loves to see our feathered friends in their natural environment, birding in Knysna is always a rewarding affair.

A few special spots – and just a sampling of the species you’ll see there: 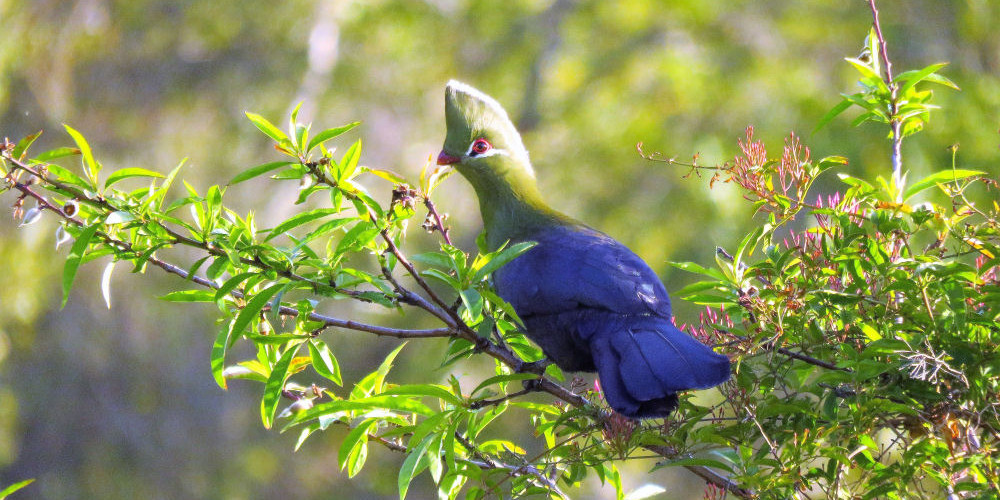 With the highest number of species of fish, bird, animal, and plant life, the Knysna lagoon is the most bio-diverse of all the estuaries on the South African Coast.

Regular users of the lagoon often spot seals and dolphins in the lower reaches of the river – between The Heads, Leisure Isle, and Thesen Island – and it’s not unusual to see great flocks of seabirds (particular cormorants) in the act of bait-balling (flying and swimming in circles around enormous schools of fish to concentrate them for easier feeding).

But for really spectacular encounters with the locals: go whale-watching. Or dolphin-watching.

This is one of those activities you can do on your own from the shore, or with a guide on one of Knysna’s licensed boat-based whale-watching tours, operated by Ocean Odyssey.

Good spots for land-based whale watching: the viewpoint overlooking Buffalo Bay on the Belvidere-Brenton Road in Knysna, and Gericke’s Point and Swartvlei Beach in Sedgefield. Look out for southern right whales, humpback whales, and orca, and little groups of the lovely humpback dolphin, or huge schools of common bottlenose dolphins. 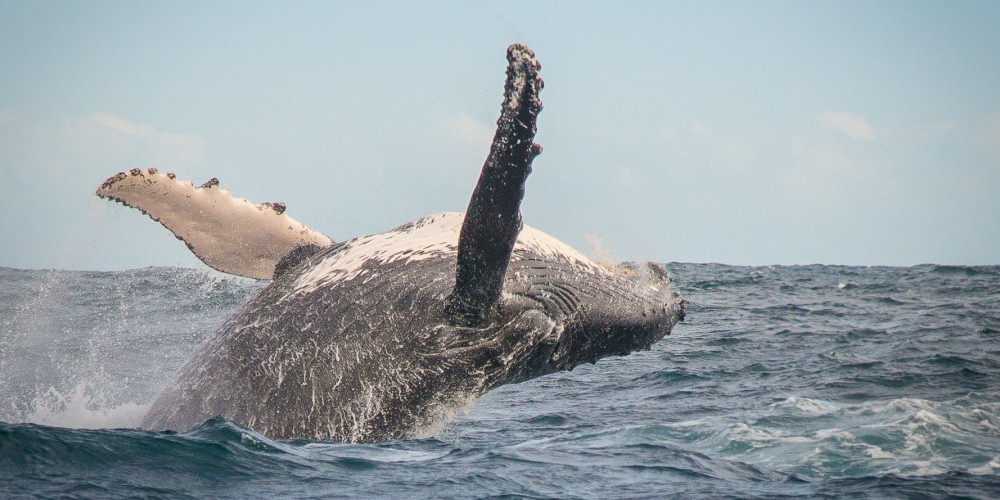 The subject of many stories and even famous novels like Dalene Matthee’s ‘Circles in a Forest’, the iconic Knysna elephants once roamed the fynbos and grasslands of the Southern Cape in quite large numbers – and for many years, the Knysna elephants were said to be the southernmost free-ranging herd of all.

Unfortunately though, hunting, poaching, and habitat destruction have decimated the population to the point where, the experts tell us, only one, lone individual remains – hiding in the depths of the forest.

There’s almost no chance you’ll see her when you walk or drive through the forests of the Garden Route – but isn’t it purely magical to know that she’s there, and to hope against hope that she isn’t, in fact, the last of her kind?

Afterword: About the water in Groenvlei

The long, reed-lined sweetwater lake you see next to the N2 when you drive from Sedgefield to Knysna is a great birding and bass-fishing destination.

But it’s also always been something of a mystery – because it isn’t fed by any fresh water streams.

That mystery was cleared up in 2017, though, when research was published that showed that the lake is filled firstly by direct rainfall, and only secondly (as most people previously supposed) by groundwater.

Groenvlei is part of the Wilderness Lakes Ramsar Site