If there’s one place where the histories of the Knysna Forests and the Knysna Lagoon came together in the 19th and 20th Centuries, it’s Thesen Island – the largest island in the Knysna Estuary.

It was to this island that much of the timber harvested in the forest came, and from here that much of it was shipped off again to Cape Town and points east to feed the Cape Colony’s voracious appetite for wood.

Known originally as ‘Paarden Island’ – because the earliest settlers kept their livestock here (‘paarden’ is the Dutch word for horses) – it was renamed after it was bought by the Thesen family, who came to Knysna from Norway in the 1860s, and went into business here as timber merchants and ship owners.

During their tenure, they established a sawmill, a shipyard, and an oyster farm on the island; became the first to load cargo from the government wharf after it was opened in 1883 (the Thesen Steamship Company’s 191-ton brig, Ambulant, took on 3,000 yellowwood railway sleepers bound for Cape Town); and were instrumental in creating the South Western Railway Company – the Coffee Pot steam train whose rail lines you can still see embedded in the deck of the jetty.

In 1974 the family sold the property and the sawmill to the Barlow Rand Group, which continued operations – focusing mostly on producing plywoods and veneers – until it in turn sold to the Thesen Island Development Company in the late 90s. 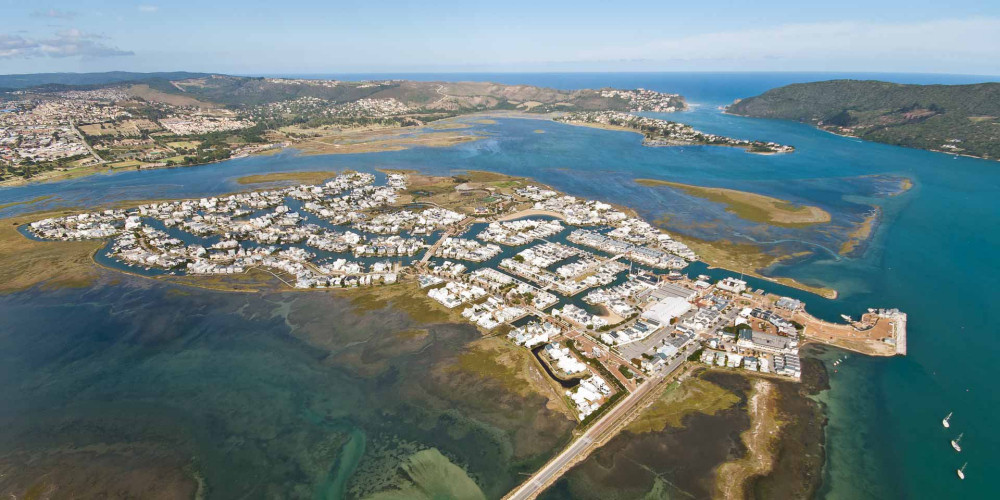 With the closure of the sawmill (Thesen’s Boatyard had closed much earlier, in the mid-80s), the property was repurposed as a residential marina, and Thesen Island was carved into nineteen individual islands separated by canals.

Both the marina and Thesen Harbour Town were designed by the local firm, CMAI Architects.

Construction of the canals began in 2000, and all major civil works on the development were completed by 2005.

The shopping and entertainment side of the development – Thesen Harbour Town – was designed around existing historic buildings, which were preserved and repurposed as far as possible. These included:

For anyone who loves a good story (or a whole lot of good stories), Thesen Harbour Town boasts a short, self-guided tour – the Thesen Island Heritage Walk – that begins on the corner of Long Street and Punt Close (outside Ile de Pain), and that features a series of signboards that explain the history of the island.

The route ends only a few hundred metres away, at the traffic circle on the southern end of Long Street, where the NSRI’s Alex Blaikie Museum, houses a retired, but much-loved rescue craft that served the National Sea Rescue’s Station 12 (Knysna) from 1976 until 2008. 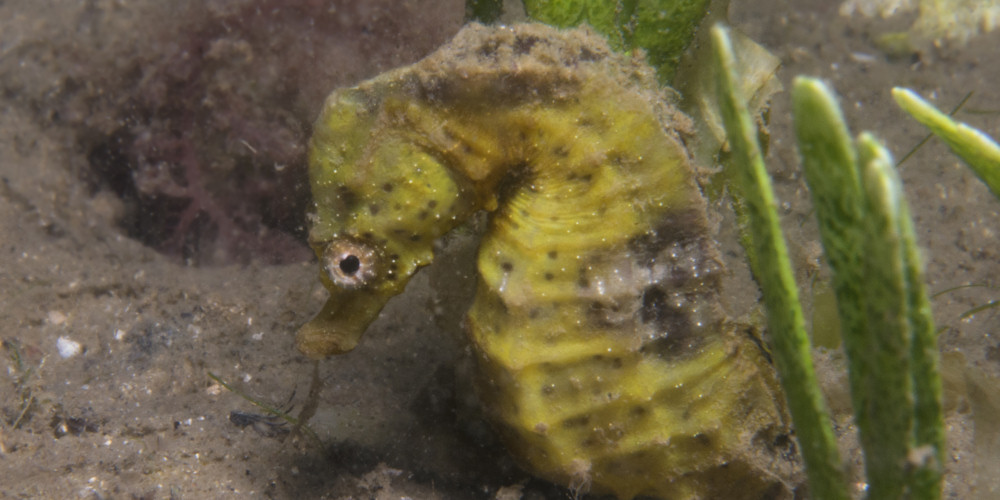 Fittingly, the offices of the Garden Route National Park – of which the Knysna Estuary and the Knysna Forests are important components – now occupy two buildings next to Thesen’s Jetty (the old government wharf).

So, after you’ve followed the Thesen Island Heritage Walk and explored the Alex Blaikie Museum, take a stroll along the waterside-boardwalk to SANParks’ Jetty Building, where you’ll find displays and information about the biodiversity of the National Park – and also an aquarium with a number of specimens of the iconic fish associated with this fascinating ecosystem: the brave little Knysna seahorse, Hippocampus capensis, which has been listed as endangered on the IUCN Red Data List since 2007.

The whole experience – from Heritage Walk to Seahorse Watching – will occupy a happy hour or two of your time.

We know you’ll enjoy it!