The simplest form of human flight.

The coastal gem of Sedgefield has a reputation for a slower pace, but many visitors are not lured here by slow pursuits. On the contrary, many come in search of dopamine-inducing adventures, particularly those which tap into the powerful forces of nature. One such local activity is paragliding, and the coastal ridge that stands sentinel over Sedgefield is an active hub for this fast-growing sport.

The primary launch site for the various paragliding operators is on a section of the ridge fondly known as Cloud 9, which is rather fitting since paragliding has been known to induce feelings of “extreme happiness and euphoria”.

Described by enthusiasts as the simplest form of human flight, paragliders use a lightweight, free-flying, foot-launched glider aircraft with no rigid structure. The pilot sits in a harness, which is suspended below a wide fabric wing. The wing form is sustained by suspension lines, the pressure of air entering vents in the front of the wing, and the aerodynamic forces of the air flowing over the outside. 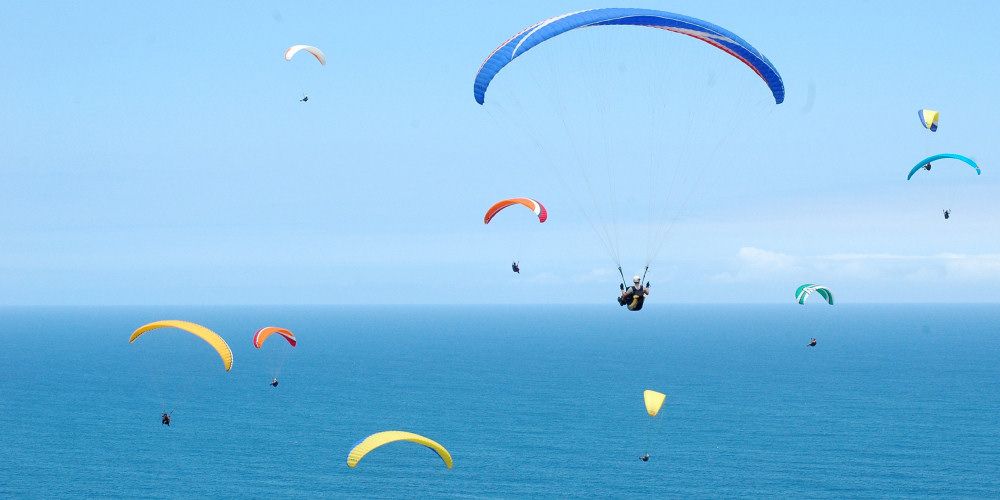 Essential conditions for a great flight

Sedgefield has become a genuine hotspot for paragliding enthusiasts because the long, balmy summer months deliver the essential thermal conditions necessary for flight. During this time, if you cast your gaze upwards towards Cloud 9, you will often be witness to a rather spectacular spectacle: a blue sky punctuated by the multi coloured ‘wings’ of large numbers of paragliders soaring gracefully on coastal thermals.

What makes this activity so appealing is its accessibility to beginners. There are several highly qualified local paragliding operators who offer tandem flights, so zero experience is necessary to enjoy the thrill of flight. A-rated SAHPA (South African Hang Gliding and Paragliding Association) tandem pilots will expertly navigate the thermals so you can merely sit and enjoy a bird’s eye view of paradise below.

The allure of paragliding is not merely the ultimate sense of freedom that flight offers. Another advantage is that at such lofty elevations, you get to quietly grasp just how lovely the town of Sedgefield really is, with its endless stretch of shoreline fringed by ancient fossilised dunes and the serpentine path of the Swartvlei River and estuary as it makes its way toward the Indian Ocean. 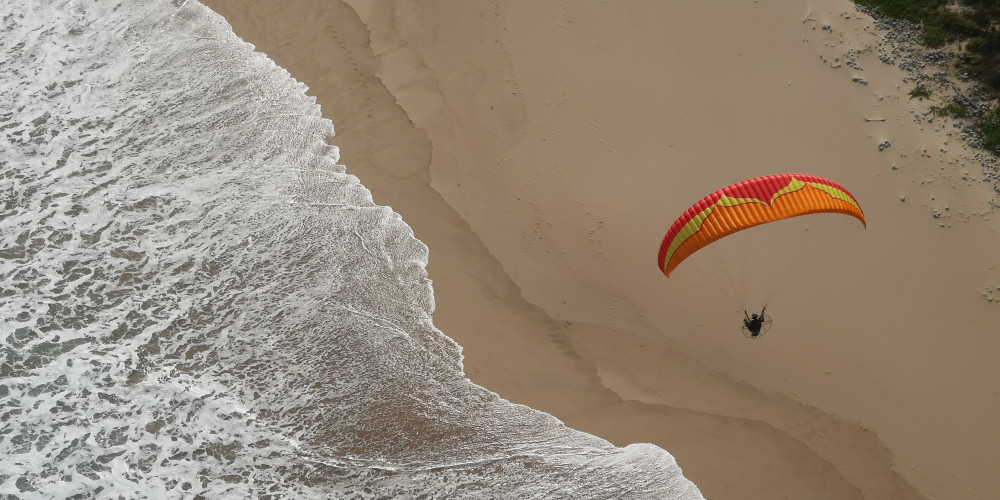 As with any type of extreme sport there can be risks involved, so make sure that you fly with a licensed, experienced pilot. Flights usually last 15 to 20 minutes, although you may get lucky and enjoy a more prolonged flight.
Check out these local paragliding operators for more information on this unforgettable adventure.