Knysna is the perfect base if you want to explore the Garden Route as most of the attractions on this famous stretch of coast line are less than two hours away by car. Here are five of our favourites…

(23km direction Port Elizabeth)
A nature escape like no other, this 175-hectare reserve in Plettenberg Bay extends into the Indian Ocean like an outstretched arm for approximately 4km. Three trails have been blazed across this reserve, ranging from relatively easy to difficult. The best, albeit the most challenging of the three, is a 4-5hr hike around The Point.
www.capenature.co.za 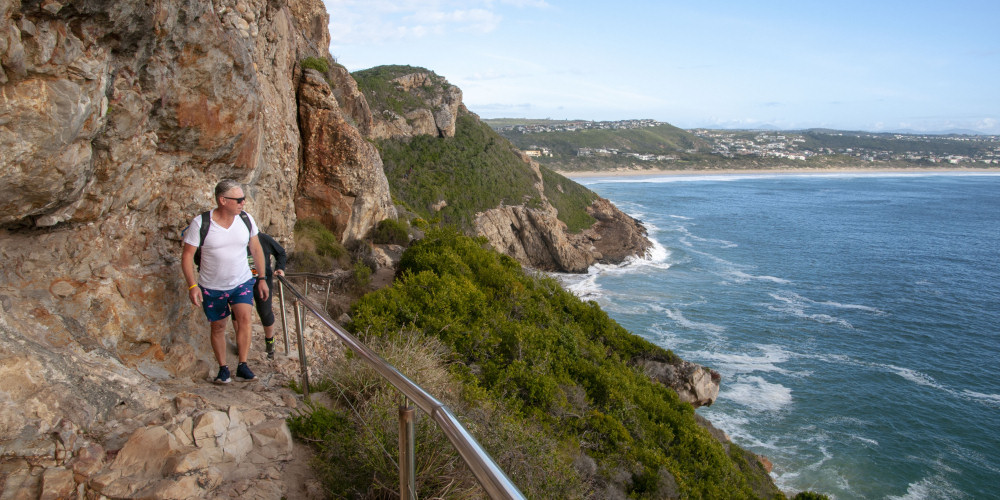 (54km in direction Port Elizabeth)
About 54km from Knysna, towards Port Elizabeth, is the world’s largest single span free-flight aviary. It provides a haven for about 3500 previously caged birds. Wooden walkways are cleverly designed to take visitors through a magical journey of avian discovery.

Neighbouring Monkeyland is a free-roaming sanctuary for hundreds of previously captive primates. Across the large, forested reserve, a number of primates of different species roam freely, and on their hugely popular ‘Monkey Safaris’ you may encounter capuchin monkeys, ringtail and black-and-white ruffed lemurs, saki monkeys, squirrel monkeys, vervet monkeys, 2 species of langur, howler monkeys and gibbons. Within the sanctuary there is also a 128m suspended canopy bridge that takes you into the higher reaches of the forest.

(97,2km in direction Port Elizabeth)
A pristine piece of paradise where forests and ancient river systems meet the craggy Indian Ocean shoreline, the park comprises over 80km of coastline and a Marine Protected Area (MPA). A picturesque suspension bridge on one of the shorter hikes of the river gorge is one of the most popular attractions. Natural pursuits abound in the park, so visitors are spoilt for choice.
www.sanparks.co.za 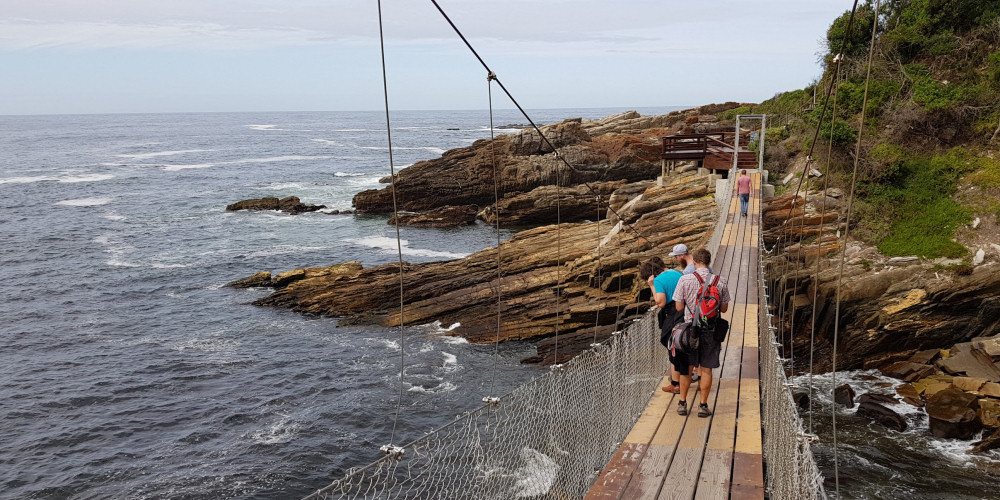 (46km direction George)
Famous for its five lakes, serpentine rivers, and lush indigenous forest you can either hop into a canoe and navigate a section of the Touwriver, or hike the hugely popular Giant Kingfisher Trail, leading to a stunning waterfall for a dip and a picnic. While you are here, don’t miss the Woodville Big Tree in Hoekwil. Estimated to be more than 800 years old and reaching over 30m above the forest floor. An easy 2km circular Wandelpad Forest Walk leads through the heart of this ancient forest.

(105km direction Cape Town)
Mossel Bay is not only known for its rich history and pristine blue flag beaches, but also for the great adventure opportunities which include the longest (1100m) over-ocean zipline in the world. Hike the popular St. Blaize Trail from the Cape St. Blaize Lighthouse to Dana Bay, visit the Dias Museum or the Cradle of Human Culture is at the centre of some of the most significant archaeological discoveries ever made regarding the origins of modern humans.

(120km inland)
Oudtshoorn in the Klein Karoo is between the Swartberg and Outeniqua mountains. It is the ostrich capital of the world, home to the spectacular Cango Caves, Africa’s largest show cave system. It is an ecological hotspot where three distinct plant biomes (succulent karoo, cape thicket and fynbos) converge and the Swartberg mountain range is part of the Cape Floral World Heritage Site.