When people love theatre, it really doesn’t matter where they are – they will simply make it happen. Studio 42, situated in the coastal hamlet of Sedgefield, between Knysna and George, pays testimony to this.

Aptly named for the Hitchhiker’s Guide to the Galaxy – where the number 42 is described as the Answer to the Ultimate Question of Life, The Universe, and Everything, and also because, quite coincidentally, that is the number of seats that constitutes a full house in the cosy little theatre, Studio 42 stages an admirable smorgasbord of shows and keeps a very appreciative audience of local and visiting theatre fans coming back for more.

It is owned and run by the effervescent Melanie Baumeister – or ‘BTQ’ (Benevolent Tyrant Queen) as she is called whenever directing a production. The 45 year old mother of two took over the lease of what was then a large ‘back room’ in 2017 and, after setting it up as a theatre, has taken the venue from strength to strength, not only putting on shows by the town’s local theatre group, but also becoming increasingly popular as a performance point for travelling comedians, musicians and actors.

“Man, you would be surprised at the list the talent that has graced this little platform,” Melanie sighs. When pushed for more detail, she theatrically name-drops without hesitation. “We have had the likes of Guy Buttery and Tony Cox for music, Daylin Oliver and Keenan Cerff for comedy, and The Dagga Couple (and that was on the day pot was ‘legalized’!). Then there’s been one man shows of Matthew Ribnick, David Muller and Corinne Willoughby, and last December holidays saw full houses for Brendon Peel and Li Lau, World Renowned Magician and Escape Artists!” 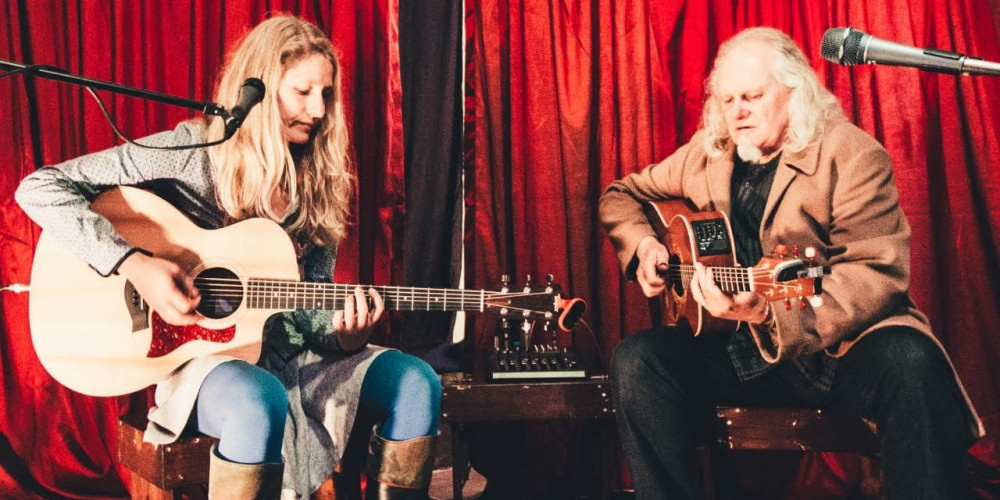 But whilst big names on the Studio 42 stage are a wonderful thrill for Melanie, and indeed theatre goers from all over the Garden Route, she is so much more passionate about local productions. When first arriving in Sedgefield in 2010, she wasted no time in offering her drama experience to Sedgefield Primary, and for the next four years wrote and directed the school’s plays. “The first one was ‘Peter Pan’,” she reminisces, “And I cast the local newspaper editor in the role of the quintessential villain Captain Hook, not knowing the fellow suffered from a similar debilitating performance compulsion. He soon tricked me into doing Theatre for Grown Ups.”

When the word got out to other would-be performers, numbers grew and The Farce Side was born. After producing and performing a quirky new play every year for four years, each set sporting more slamming doors than the last, the talented theatre group’s enthusiasm and determination to entertain was wholeheartedly embraced. Residents of the small town, who had always believed that quality stage entertainment was something they had sacrificed when they left the big cities, realised that they had something to treasure, and their support for the local group’s productions has continued to grow ever since, and indeed bubble over to nearby towns. 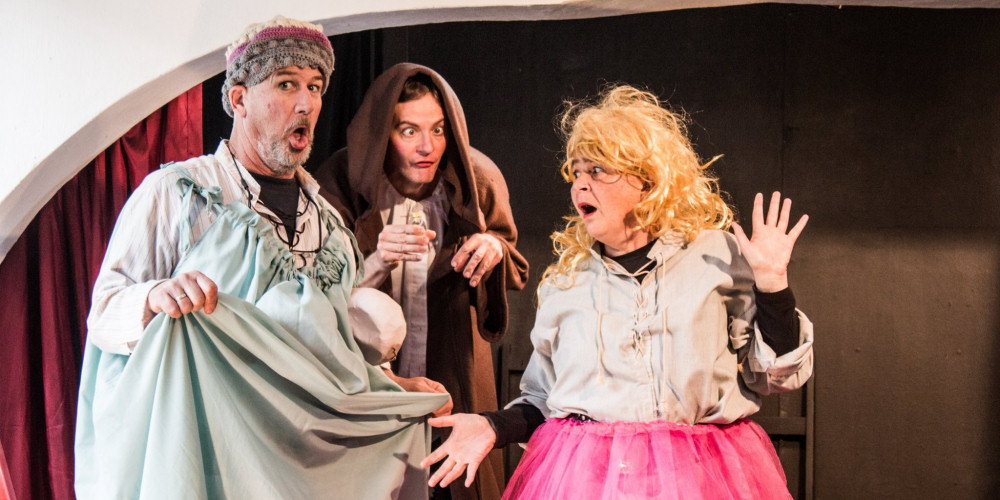 “I must say that our greatest piece was a literal exportable play of triumph, TCWOWSA (The Complete Works Of William Shakespeare Abridged),” says Melanie. The production, directed and produced (and prompted!) by Melanie herself, started on the compact boards of the Studio 42 stage, but was soon summonsed to perform at much larger theatre venues. “Sold Out shows from George to Plett, all birthed from our 6 x 4 meter stage!” she enthuses.

The show must go on

Obviously this was all pre-pandemic. Now, whilst awaiting the world to recover from COVID-19, the small theatre sticks to its day time job as a Pilates studio. But this is not to say that things aren’t going on ‘behind the scenes’. Scripts are being studied, props polished and sets … well … reset. Indeed it won’t be long before Studio 42 starts shaking off any Covid cobwebs, and once again becoming the Garden Route’s exceptionally entertaining answer to The Ultimate Question of Life, The Universe, and Everything.